During high-temperature events, bubbles can be formed at the interface of solid and liquid insulation. The bubbles usually consist of water vapour which has low electrical withstand strength; the bubbles generated present a risk to the transformer by introducing weaknesses to its insulation system.

Consequently, transformers must be protected against formation of bubbles. There are many ways to achieve this; one of the most crucial is to ensure that the transformer hot-spot temperature is operated below a safe limit. But this raises a question – what is that limit?

In the 2018 edition of IEC standard 60076-7, there is a maximum permissible temperature of 140 °C set to prevent formation of bubbles within transformers. This is the most commonly used value. Quoting from the standard,

‘Moreover, it should be noted that, when the hot-spot temperature exceeds 140 °C, gas bubbles may develop which could jeopardize the dielectric strength of the transformer.’

In the previous (2005) edition of the same standard, the wording was slightly different, and provided a major caveat to the temperature limit, stating that it applied only for transformers of 2% moisture, and that lower temperatures must be used for higher moisture contents. The values 140 °C and 2% are placed ‘under the microscope’ herein.

It is important to understand the history behind the ‘140 °C’ value before determining if it is fit for purpose.

After work on bubbles by Kaufmann and colleagues in the late 1970s and early 1980s, Heinrichs performed tests on a small scale system attempting to generate bubbles from dry oil and dry paper insulation. In his paper, he suggested a limit of 140 °C. To the best of the authors’ knowledge this was the first time this value appeared in literature. This limit for temperature appears to have stood the test of time, unquestioned.

Work on bubbles was then revived in 2001 by the work of Oommen and Lindgren. Their study is the backbone of the discussions presented both in IEEE standard C57.91 and in IEC standard 60076‑14{, 2013 #75;, 2011 #37}. Based on an array of experiments which covered key parameters of moisture content in paper, oil gas content, and system pressure, Oommen and Lindgren established a formula to calculate the BIT. Using this formula for a gas free system at 2% moisture content in paper, the inception temperature is 142.9 °C. This work also began a flurry of investigations by other researchers, a timeline of which is shown in Fig. 1.

Fig. 1. Timeline of studies into BIT.

It is seen that deviation occurs between the two formulae. At 2% moisture content in paper there is a difference of more than 8 K, where the updated model appears to suggest that limiting operational temperatures to 140 °C would be insufficient to prevent bubbling.

Despite its use as a method of calculation for bubble inception temperature (BIT), (2) is constructed from desorption curves and thus only really provides a calculation of the temperature at which moisture desorbs from the paper ‑ formation of bubbles requires additional energy input, which would be realised as a higher BIT.

Several studies have been carried out to develop further understanding of bubble formation in Kraft paper‑mineral oil systems. Table 1 provides a list of the predicted BIT at 2% in each system, the majority of which are above 140 °C. The expected BIT at 1% is also shown. Here it is seen that temperatures can be much higher than those at 2%, indicating a steep rise in BIT in this region of paper moisture. Fig. 2 shows a plot of all results from 0.5% to 7% moisture in paper.

Table 1 BIT at 1% and 2% moisture based on different experimental results. Values from studies marked with an * are based on curve fitting. 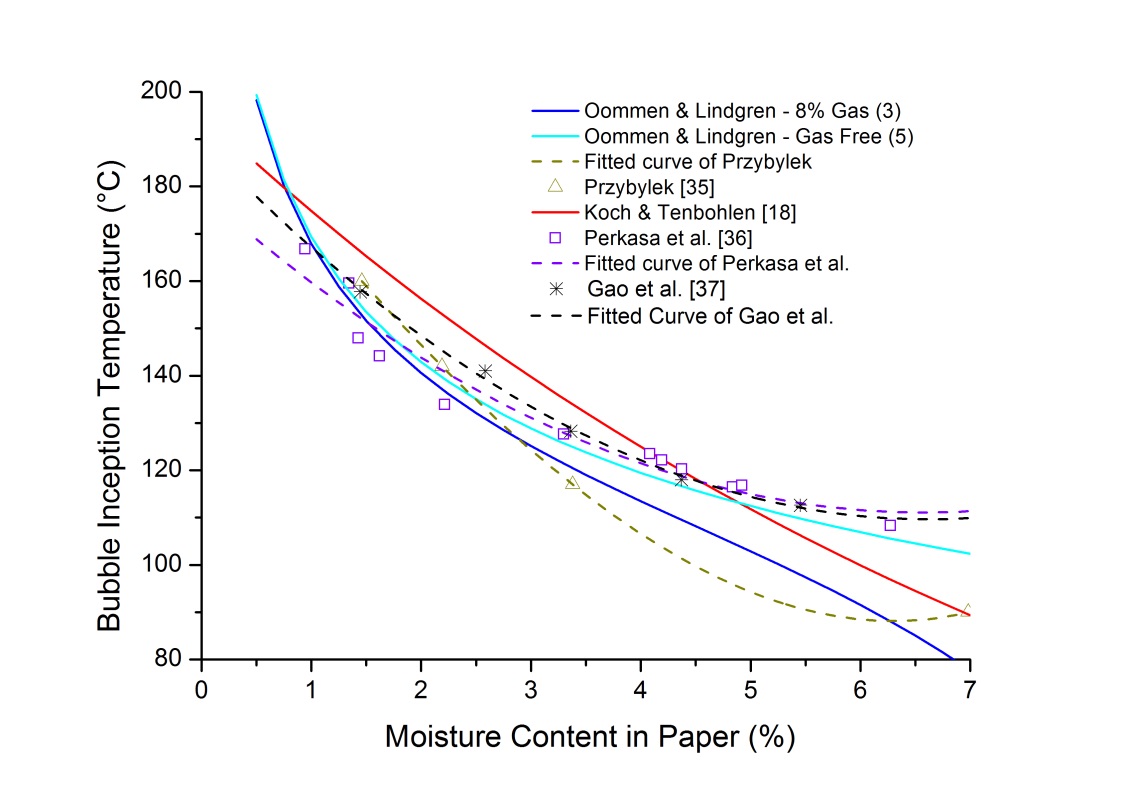 Fig. 2. Plot of BIT for Kraft paper‑mineral oil systems based on data available in literature.

Setting of temperature limits for transformer operation is a necessary but complex task. The conclusion from the work done in this area so far suggests that introduction of condition based limitations appears to be required. Here, ‘condition’ can relate to solid and liquid insulation age, paper moisture content, and insulation material type, as a minimum. Working from one temperature value for all transformers and over all stages of transformer lifetime will result in periods of over-caution (resulting in reduced operational efficiency) and periods of under-caution (leading to dangerous scenarios for the transformer).

Further investigation into alternative material types of both solid and liquid insulation is needed. The transformer industry is seeing uptake of these alternative insulators but it is currently unknown if the existing guidance is suitable for materials which do not fit the ‘normal’ conditions of Kraft paper and mineral oil insulation. Likewise, the value of 140 °C is challenged here even for the base scenario of Kraft paper and mineral oil systems, with a requirement to establish a better picture of how loading, temperature rise, and transformer condition may affect this value.

About University of Exeter

View all posts by University of Exeter →